"The Whisperer in Darkness"
by H. P. Lovecraft

An unspeakable horror lurks in the secluded hills of rural Vermont. After the historic floods of 1927, mixed in with news stories of human loss and suffering are multiple reports of weird, sponge-like life-forms floating in a local river. Albert Wilmarth, a literature professor and folklore expert, responds to the claims with a healthy dose of skepticism and chalks up the sightings to naive locals mistaking storm-battered human remains for imagined aliens washing down from the hills.

But Wilmarth agrees to take a closer look after he receives a letter from Henry Akeley, a reclusive academic who lives near the hills and claims to have proof of the aliens' existence. As the two men correspond, the tone becomes ominous when Akeley's letters are mysteriously intercepted, and unseen forces attack his farmhouse at night. After gunfire erupts and Akeley's guard dogs are killed, he begins making plans to flee from his home.

Wilmarth is baffled by Akeley's next letter, praising the aliens and calling them benevolent. He urges Wilmarth to take a train to his Vermont farm for a meeting and asks that he bring with him the letters, photos, and other evidence Akeley had sent to prove that aliens lurked in the hills.

Within hours of his arrival, Wilmarth becomes a terrified believer and flees the farmhouse in fear for his life. When he returns with the local sheriff, Akeley has vanished and so has the proof of the alien's existence.

This Academic Edition is designed for classroom use by English, literature, and writing students, as well as casual readers in search of a great story. It contains the full text of Lovecraft's novel, The Whisperer in Darkness, as well as an Editor's Foreword offering historical context on the book, an Author Bio, a Study Guide, and a full set of chapter-based quizzes. It also has an interactive component, providing readers free access to a virtual classroom devoted to this literature classic on the Virtual University website (see Editor's Foreword for details).


Follow this link to obtain the edition that suits your needs:

Available at your favorite online bookseller in paperback, hardcover, and digital e-book versions. Use the links below to order the version you need:

Test your understanding of characters, events, and themes in each chapter of H. P. Lovecraft's cosmic horror classic, The Whisperer in Darkness with these multiple-choice quizzes. Your answers will be scored as you work through each question. At the end of the quiz, your final score will be displayed, along with a summary of all questions and answers on the quiz.


This section will launch
November 1, 2020
Vocabulary matters! If you dont understand the words you read, you can't comprehend and enjoy a great story. Vocabulary is an essential skill in any field of endeavor. When you increase your word power, you improve not only your reading comprehension, but your speaking and writing skills as well. Please check back on the date above for an in-depth vocabulary guide for The Whisperer in Darkness. 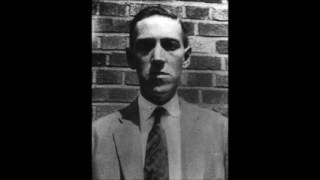 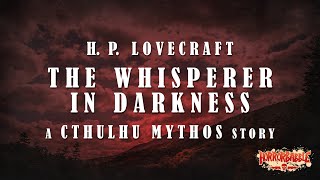 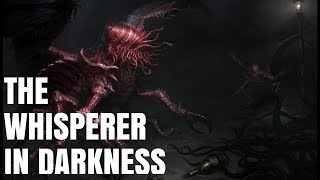 The Whisperer in Darkness
(Video Review) [8:26] 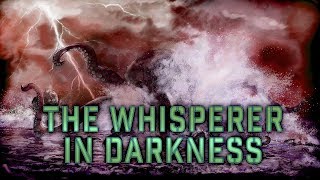