"The Picture of Dorian Gray"
by Oscar Wilde

Dorian Gray is a remarkably handsome young man who views a painting of himself drawn by a friend and wishes that he could retain his youth and beauty, while the painting ages instead. His wish is granted, and he embarks on a life of pleasure-seeking and debauchery that has a predictably tragic ending.

The Picture of Dorian Gray is Oscar Wilde's only novel, and although its daring embrace of decadence and sexuality sparked an uproar in Victorian-era England, the work today is regarded as a suspenseful and thought-provoking masterpiece as disturbing as it is intriguing.

Virtual University Press offers this classic in three editions to suit the needs of students and casual readers. Our Classic Edition contains the full-text of Oscar Wilde's story, lightly edited for modern readers, plus an Editor's Introduction offering historical context on the book and an author bio. Our Study Guide & Workbook contains the Editor's Intro, brief chapter summaries, discussion prompts, and chapter-based quizzes to help readers grasp and remember key details of the story. Our Academic Edition contains the full story plus the Study Guide & Workbook. Follow this link to obtain the edition that suits your needs:

Test your understanding of characters, events, and themes in each chapter of Oscar Wilde's literary classic, The Picture of Dorian Gray, with these multiple-choice quizzes. Your answers will be scored as you work through each question. At the end of the quiz, your final score will be displayed, along with a summary of all questions and answers on the quiz.

This section will launch
September 1, 2020
Vocabulary matters! If you dont understand the words you read, you can't comprehend and enjoy a great story. Vocabulary is an essential skill in any field of endeavor. When you increase your word power, you improve not only your reading comprehension, but your speaking and writing skills as well.

/ DISCUSSION PROMPTS
1. What does the painting of Dorian Gray symbolize? 2. Is the book "moral," "immoral," or neither? What is its ultimate message? 3. Lord Henry tells Dorian that beauty is a form of genius, yet he tells Basil genius lasts longer than beauty. Explain how both statements can be true and make sense, or why they are a hopeless contradiction. 4. Do you think Basil was right in not wanting Lord Henry to meet Dorian? Explain your reasoning. 5. While the story has Faustian overtones, Dorian Gray never signs a contract for his soul. He merely utters a wish: "If it were I who was to be always young and the picture that was to grow old! For that--for that--I would give everything! Yes, there is nothing in the whole world I would not give! I would give my soul for that!" Who granted Dorian's wish and thus represents the devil at this point in the story? 6. Lord Henry said: "Youth is the one thing worth having." Explain why you agree or disagree. 7. What happened to Dorian's parents? 8. Describe the relationship between Lord Henry and Dorian, and explain why Henry had such a profound effect on Dorian's life. 9. Describe Sibyl Vane and Dorian's impression of her. 10. Do you think that Sibyl truly loved Dorian or simply was attracted to his wealth and position? Explain your reasoning.
11. Lord Henry asks, "When is she Sibyl Vane?" and Dorian replies, "Never." Is Dorian in love with Sibyl or her acting? Explain. 12. What do you think Basil meant when he observed that the painting is the real Dorian Gray? 13. Is Wilde trying to portray Lord Henry in a positive or negative light? Explain. 14. Was Wilde trying to influence his readers' views through Henry's character? Have you changed any of your opinions on life since reading this story? 15. Why do you think Dorian fell out of love with Sibyl when he attended a performance and saw her mediocre acting? 16. Do you believe Dorian was sincere in his letter to Sibyl or did he write what he thought she wanted to hear? 17. Why do you think Lord Henry became so deeply involved in Dorian's life? 18. What was the importance of Sibyl's character in this book's storyline? 19. Was Lord Henry a good friend to Dorian? Explain. 20. Why was Dorian afraid to show his painting to Basil? 21. Why do you think Dorian ignored the possibility of the portrait returning to normal if he became a better person? 22. What's the importance of the yellow book Lord Henry gave to Dorian? 23. Why did Dorian stow Basil's portrait in his attic? 24. Did Lord Henry and/or Basil have a significant role in what happened to Dorian? Explain. 25. What Dorian wrote in the letter to Alan Campbell is not divulged in the story. What do you think the letter might have said? 26. Why did the friendship between Dorian and Basil deteriorate as the story progressed? 27. Who do you believe is ultimately to blame for the corruption of Dorian's soul? 28. Why did Dorian finally decide to show Basil the disfigured painting? 29. After Basil saw the hideous portrait, why did Dorian react violently after he had dealt with the painting for so many years? 30. Basil once said to Dorian: "You have a wonderful influence. Let it be for good, not for evil." What do you think might have happened if Dorian had used his influence to help people instead of hurting people? 31. What did Basil mean when he said that he "put too much of himself" into painting Dorian Gray's portrait? 32. "People know the price of everything and the value of nothing." Do you believe this is true in today's world? Explain. 33. Basil refers to Lord Henry is an extraordinary fellow who never does a wrong thing. Yet, he is deeply concerned about Henry influencing Dorian. Explain this apparent contradiction. 34. Lord Henry seems to believe that one must help himself before helping others. Explain why you agree or disagree with this philosophy? 35. Was Dorian evil? Explain your reasoning. 36. What if Basil had prevented Lord Henry from meeting Dorian? How do you think Dorian's life would have turned out? 37. As Dorian watched his portrait grow more and more grotesque, did he sometimes express pleasure at the terrifying transformation, and if so, why do you think he reacted that way? 38. Why do you think Basil asked Dorian for forgiveness after he saw his grotesque painting? 39. Why does Dorian explode in rage when Basil seeks forgiveness, and why does he have no remorse after murdering Basil, who was his long-time friend? 40. What does it say about Campbell's character that he submitted to Dorian's demand rather than being blackmailed? 41. Lady Narborough discusses how unfortunate her daughter's life is because she has seen no scandals. Do you think a scandal-free life is a good thing or bad? Explain. 42. Is Dorian responsible for the tragedies that befall the people around him? Is Lord Henry responsible for Dorian's ruined life? When is someone responsible for the actions of others around them? 43. Identify and discuss the symbols of innocence in the story. 44. Although the story is a dark tale of Dorian's sins and debauchery, did he ever have an opportunity for redemption? If so, what point in the story was his best opportunity? 45. If there had been one more scene in the book, and it recounted Lord Henry's next dinner party after Dorian's death, what pithy one-liner might he have said about the life and death of Dorian Gray? 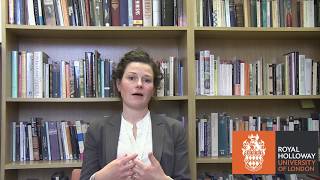 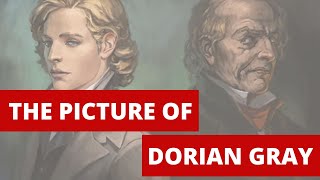 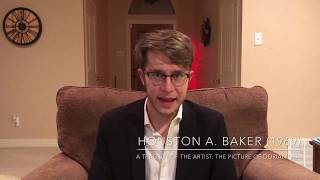 The Message of Decadence and Morality in The Picture of Dorian Gray (10:29) 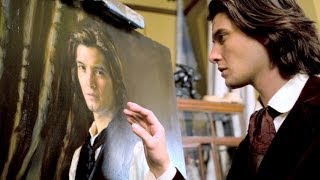 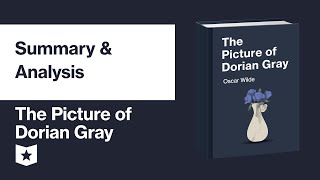 Course Hero | Summary & Analysis of The Picture of Dorian Gray (13:15) 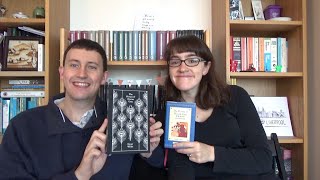